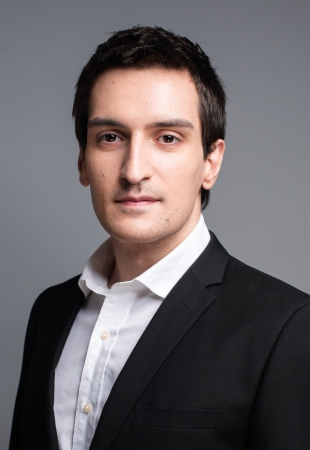 Classes  from  A1  to  B2.  Some were about certain topics, media, French speaking countries, and how to  teach and learn, others were on every language skill. I designed programs, classes, and exams, following textbooks  for  some  of  them  and  working  with  another  teacher. Classes were online for one semester,  when I worked to adapt what I taught and how I taught it. I used several tools for students to work alone and in groups, and file hosting services, to ensure students would stay active in class.

I  took  part  in  weekly  office  hours  to  help  students:  discussions,  preparing  exams  and  competitions,  reviewing.  Took  part  in  several  projects  and  events  with  the  French  department,  for  instance competitions, or other roles representing the University.

In charge of speaking classes, from A1 to B1, media classes from B1 to B2, and specific classes on French speaking countries and areas, hydroelectricity. I designed their programs and each class: the progression for  the semester, documents to use and adapt for class; I prepared and gave exams for these classes as  well.  I  also  participated  in  cultural  events  on  campus  when  the  French  department  was  involved: festivals, competitions, ceremonies.

Full-time internship to finish my Master's Degree, which included doing research and writing a Master's thesis. Classes ranged from beginner to B1, from younger students to adults: French classes following a textbook,  speaking  classes.  I  was  working  with  another  teacher  on  some  of them using Arc-en-Ciel to  register  activities  and  progression.  On top of this, I worked on preparing students to study abroad and created month-long workshops on different subjects: podcasts, cinema.

Studied  language  teaching  for  every  skills.  I  had  classes  on  different  learning  situations,  different  objectives  (specific,  university,  as  a  second  language),  and  the  different  approaches  to  teaching languages, from a traditional approach to the current task-based approach. I also worked on using digital tools and technology, intercultural relationships, sociolinguistics, phonetics, and French grammar.

Two  full-time  internships  in language centers, and a part-time internship in a community center during  these two years. I was also part of a team to set up a long day conference on teaching jobs.

Bachelor's Degree in English, minored in French as a Foreign Language / Limoges University

Studied  French  and  language  teaching: the history of French as a Foreign Language, important notions  and teaching approaches. Worked on workshops to prepare students to go study abroad. Year 2 was in Oklahoma  University,  in  an  exchange  program,  for  2  semesters.  Important  intercultural  and  learning  experience, where I could observe different ways of teaching.